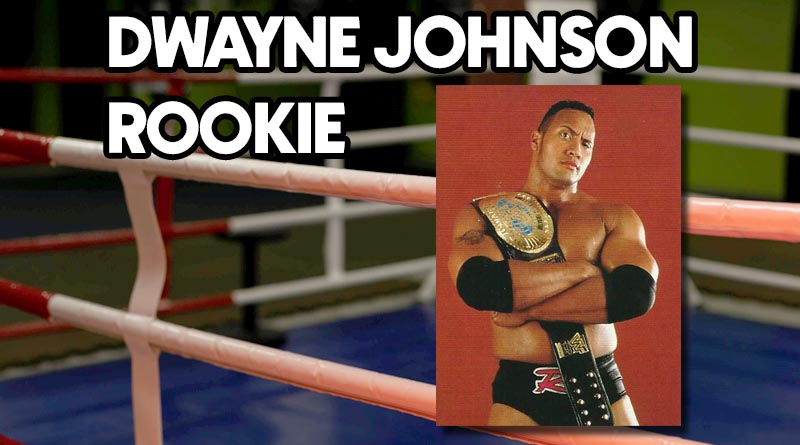 The 1994 Bumble Bee Miami Hurricanes Dwayne Johnson is easily the most valuable Dwayne “The Rock” Johnson card — and it’s also the first. Collectors don’t agree on whether it’s a rookie card since he was an amateur at a sport he never competed in as a professional. He had several wrestling cards and there’s no real consensus on which of those should be considered his rookie. The good news is there are a lot of great options for collectors. In this article I’ll walk through each of them.

The 1994 Bumble Bee Dwayne Johnson is the card I like for the best Dwayne “The Rock” Johnson rookie card. It’s a regional issue that featured players from the University of Miami football team. Johnson only started one game during his career and failed to catch on with an NFL roster. He then followed in the footsteps of his father and grandfather by signing a contract with the WWE.

Johnson started his career wrestling under the name Rocky Maivia — a combination of his father and grandfather’s ring names. He wasn’t an immediate fan favorite, but his career took off when he turned heel and started going by simply “The Rock.” Over the next several years he became one of the most famous wrestlers in the world and won the WWE World Title on ten separate occasions.

In 2004 Johnson retired from wrestling to pursue a career in Hollywood. He would return to the ring for short stints in the WWE several times after this initial retirement even though his acting career was an enormous success. By 2019 Dwayne Johnson was the highest-paid male actor in Hollywood and one of the biggest stars on the planet. Any early card for a superstar this popular would draw the interest of collectors, but there are additional factors that make this card even more sought after.

The 1994 Bumble Bee set was a regional food issue set of 24 cards that had to be separated along perforations. The Rock was not a superstar player in college, but this set did have cards for future NFL Hall of Famers Warren Sapp and Ray Louis. If these two Hall of Fame players and Dwayne “The Rock” Johnson isn’t enough star power for a 24-card set, it also contains a card for Rohan Marley, who is the son of reggae legend Bob Marley.

Design: The front of the 1994 Bumble Bee Dwayne Johnson has a green background with the University of Miami Hurricanes logo in the upper right corner. The card has the player’s name and position in white text at the top and the Bumble Bee logo and the player’s number on the bottom of the card, also in white text. The photo on the cards shows Dwayne Johnson crouched down in a 3-point stance waiting for the ball to be snapped.

Design: The back of the 1994 Bumble Bee Dwayne Johnson card is about as basic as possible. It consists of black ink on white cardstock with the the Bumble Bee logo at the bottom of the card being the only graphical element. The top of the card has Johnson’s number, name, position, size, and hometown. Below that is a short paragraph about him in both English and Spanish. Finally, there is a quote from Johnson about playing in the Orange Bowl and the Bumble Bee logo.

One of the strongest defensive linemen…can bench press 414 pounds and squat 500 pounds…comes from an athletic background, his father is one of the most successful professional wrestlers in the history of the sport and his cousin, Al Noga, is currently a defensive end in the NFL.

Keep in mind that prices fluctuate. While PSA is a great way to find out the value of a card, we recommend going to eBay to see what cards are currently selling for on the world’s most popular auction site. Click here to view current auctions for the 1994 Bumble Bee Miami Hurricanes Dwayne Johnson rookie card .

The 1994 Bumble Bee Dwayne Johnson is my pick for his best rookie even though it’s an oddball card from before his wrestling career. That said, there are some fantastic cards made of Dwayne “The Rock” Johnson during his wrestling career. This includes cards from magazines, board games, and an actual set of wrestling cards. All of them are fairly rare and valuable in top condition.

Although not technically a trading card, the 1997 Cardinal Trivia Rocky Maivia is another rare card that was made at the beginning of Johnson’s wrestling career. This card is from a board game called WWF Wrestling Trivia Game. These are hard to find in perfect shape because they were made to be handled, so they are valuable in high-grade conditions. This is one of the more interesting rookie cards made when Johnson was going by Rocky Miavia and had not yet created “The Rock” persona.

In 1997 WWF Magazine included trading cards that could be torn out along perforations. The cards are mostly in-action photos, two of which feature Dwayne “The Rock” Johnson. These are the earliest trading cards that of him as a professional wrestler. Card #122, “The Sophomore Jinx?” shows Johnson on the receiving end of a dropkick from Owen Hart. The back of the card describes Owen Hart’s victory over The Rock to claim his Intercontinental Championship.

The 1997 WWF Magazine “R-E-S-P-E-C-T” card #141 is the second card from this set that features The Rock. This card shows Johnson in a referee uniform delivering “The Rock Bottom” to Bradshaw. This photo was taken when Johnson officially joined the wrestling faction The Nation of Domination. This marked Johnson’s first time turning heel, the wrestling term for “bad guy,” and the beginning of his meteoric rise in popularity.

The 1998 Comic Images WWF Superstarz set is the first set that contains a Dwayne “The Rock” Johnson card and can be considered a major-release set. For that reason, many collectors consider this the “true” rookie card for The Rock. This card does have a great photo that captures the attitude that helped make Dwayne Johnson one of wrestling’s biggest superstars. He’s pictured with his trademark raised eyebrow and with the WWF Intercontinental belt over his shoulder. This is just one of three cards with Johnson in this set.

Shop for the 1998 Comic Images WWF Superstarz The Rock on eBay (affiliate link), because it’s the first major-release “The Rock” card.

The second card in the 1998 Comic Images WWF Superstarz #15 card is the second card in this set that features Dwayne “The Rock” Johnson. This card is an in-action card with a photo of The Rock hoisting “Road Dogg” Jessie James on his back during a match. Jessie James’ real name is Brian James and he is the son of wrestling legend Bob Armstrong.

In addition to the two single cards of The Rock in the 1998 Comic Images WWF Superstarz set, he also appears on a card with the faction he was in at the time. The Rock, Mark Henry, Owen Hart, and The Godfather made up the wrestling faction known as The Nation. The photo on this card shows all four wrestlers walking to the ring together. This card is less valuable than the other cards mentioned in this post — so it would be the budget option for collectors looking for an inexpensive Rock rookie.

This card came from the 1998 version of the WWF Wrestling Trivia Game. It can’t be considered a rookie because there is a card from an earlier version of the game, but it’s still a cool and valuable early Dwayne “The Rock” Johnson card.

Dwayne “The Rock” Johnson is widely regarded as one of the greatest professional wrestlers of all time. Wrestling, of course, is not a real sport, but Dwayne “The Rock” Johnson excelled at entertaining the crowd. Not only is he a great athlete, but he also was fantastic with a microphone in his hand. His popularity with fans allowed him to become a ten-time WWE World Champion. After ascending as a wrestler to heights that few have, he left the ring for Hollywood and became one of the highest-paid actors in history. Here are some of the Rock’s accomplishments across his many endeavors.

Get Your Dwayne Johnson Rookie

Do you want to own a Bumble Bee Miami Hurricanes Dwayne Johnson? If so, we recommend starting your search on eBay – the world’s #1 card trading place. Even if you’re not planning to buy one just yet, it’s fun to look at all the great cards currently for sale.

Amazon.com is the world’s largest eCommerce marketplace. They have Dwayne “The Rock” Johnson books, memorabilia, and so much more. See what you can find today.

All About Dwayne “The Rock” Johnson Rookies Infographic

Visit our Web Story, Learn all about the Dwayne Johnson Rookie Card.

The Mario Lemieux Rookie Card and Other Vintage Cards 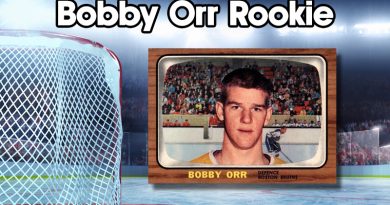