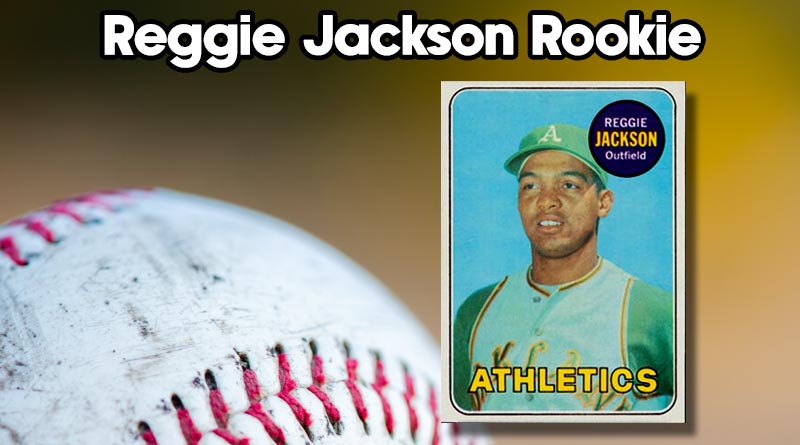 The regular issue 1969 Topps Reggie Jackson card is the one most collectors think about as the Reggie Jackson rookie card. However, 1969 was an interesting year for sportscard collecting that produced a lot of obscure sets. Reggie Jackson was included in a lot of these because he had already played parts of two seasons and had established himself as a bonified slugger with 29 home runs in 1968. In this post we’ll talk about the ’69 Topps rookie and several other oddball Jackson rookie cards.

The 1969 Topps Reggie Jackson rookie card #260 is one of the best cards of the late 1960 and is also the best rookie card in the set. Reggie Jackson is a legendary power hitter who crushed 568 home runs during his 21-season career. He also struck out 2,597 times which is more than any other player in history. Reggie’s nickname was “Mr. October” because of his clutch hitting in the playoffs and World Series. Reggie Jackson was an extremely popular player and is a member of the MLB Hall of Fame. You would expect his cards to be highly collectible, but other factors increase the collectability and value of his rookie card:

The 1969 set is a surprisingly high-quality set for the era and remains a collector favorite. The set features many of baseball’s best all-time players including Mickey Mantle, Nolan Ryan, and Pete Rose. The Reggie Jackson rookie card #260 is the most valuable rookie card from the set, but it also contains the rookie card of Hall of Famer Bobby Cox and stars Craig Nettles (#99) and Bobby Bonds (#237), who is the father of Barry. This set is also notable for the Topps Decals and Deckle Edge insert sets.

Design: The front of the 1969 Topps Reggie Jackson (#260) card is a vertical layout that features only Reggie Jackson. The card has a white border with a photo with rounded corners being the focus of the card. The photo shows Reggie from the waist up wearing a green Oakland A’s jersey. Reggie Jackson’s name and position both appear in a blue circle in the upper right corner of the card. The card lists his position as “Outfield.” He played all three outfield positions in his career but spent more than 90% of the time playing right field. The team name “Athletics” is at the bottom of the card in yellow text with a black outline. Because Reggie is the only player featured, we get a nice look at what “Mr. October” looked like as a young ballplayer.

Note: Although there was an O-Pee-Chee version of the 1969 set, Reggie Jackson was not included in that set.

The back of the 1969 Topps Reggie Jackson Rookie (#260) card has a horizontal layout with a pinkish-orange background. The upper-left corner has the Topps logo, card number, and biographical information. The 1969 set has statistics at the bottom and uses the available space above for a paragraph and cartoon. Because this is Reggie’s rookie card, not that much space is needed for his stats. That leaves plenty of room for a paragraph of information and a cartoon. The cartoon informs the collector of Reggie’s 17 minor league triples in 1967.

The Athletics were excited with the fantastic progress shown by this 22-year-old in 1968. His 29 home runs was tops on the Athletics and the 4th best mark in the American League. He also led Oakland with 74 runs batted in last year.

Keep in mind that prices fluctuate. While PSA is a great way to find out the value of a card, we recommend going to eBay to see what cards are currently selling for on the world’s most popular auction site. Click here to view current auctions for the 1969 Topps Reggie Jackson Rookie card #260.

The 1969 Topps Decals set contains 48 decals of the biggest baseball stars of the time including the likes of Hank Aaron, Mickey Mantle, and Willie Mays. It says a lot that Jackson was included in this set after just one full year in the majors. Each cellophane card measured 1 1/2″ x 1 1/2. One decal was inserted into each pack of 1969 Topps Baseball cards. These decals do not have a number, the design is similar to the design of the regular Topps cards and the photo of Reggie Jackson is a cropped version of the photo used for his 1969 Topps rookie card #260.

1969 Topps “Super Baseball Cards” is a set of 66 high-gloss cards that are slightly smaller than standard at 2 1/4″ by 3 1/4″. The cards are notable for the clean photography that covers the entire card and the rounded corners. The Reggie Jackson card uses the same photo as his 1969 Topps #260 rookie card and 1969 Topps Decal. This card has a printed signature reading “Reginald Jackson” across the front of the car. These cards were issued separately from the standard 1969 Topps set and are rarer.

This card is from a 12-card Oakland A’s team set of 4 1/4″ x 7″ black and white photo cards. This is a rare and valuable oddball Reggie Jackson card.

Another Reggie Jackson card made in 1969 was issued as part of a board game by Milton Bradley called Official Baseball Game. Even though this card wasn’t intended to be a collectible card, collectors have taken notice of the set. It contains a lot of star players including this rookie-year Reggie Jackson. Some collectors do consider this to be a rookie card, so we wanted to make sure and mention it.

The 1969 Reggie Jackson card mentioned above is from Official Baseball Game by Milton Bradley. Reggie Jackson was a young player, but he hit 29 home runs in 1968. Because of this, it made sense to include him in the game. The game came with 296 player cards including Pete Rose, Willie Mays, Roberto Clemente, and many other stars.

Reggie Jackson is one of the most prolific power hitters in MLB history. He excelled as a hitter when the stakes were the highest. Because of this, he was nicknamed “Mr. October” and is considered one of the most clutch hitters to ever step in the batter’s box. Reggie was a very popular player with a marketable look due to his muscular physique and signature glasses. The power of his swing is legendary, and even though he struck out a lot, advanced metrics show that he was an offensive force who is easily worthy of his place in the Major League Baseball Hall of Fame. Here is a list of some of his accomplishments:

Get Your Reggie Jackson Rookie

Do you want to own a 1969 Topps Reggie Jackson Rookie (#260)? If so, we recommend starting your search on eBay – the world’s #1 card trading place. Even if you’re not planning to buy one just yet, it’s fun to look at all the great cards currently for sale.

Amazon.com is the world’s largest eCommerce marketplace. They have Reggie Jackson books, memorabilia, and so much more. See what you can find today.

All About Reggie Jackson Rookies Infographic

Share this Reggie Jackson rookie infographic on your site

See our web story, Learn All About the Reggie Jackson Rookie 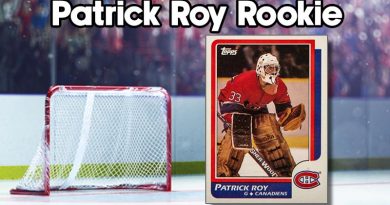 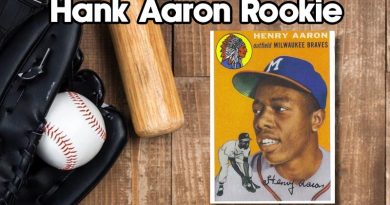 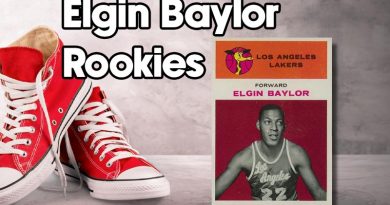 The Elgin Baylor Rookie Cards and Other Vintage Cards