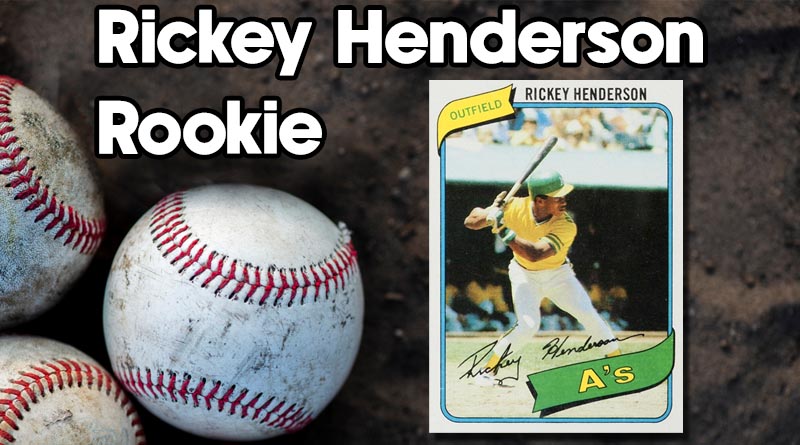 The 1980 Topps Rickey Henderson (card #482) is the key baseball card of the 1980s. The 1980 Topps set isn’t as overproduced as a lot of the other 1980s sets because it was produced early in the decade. Henderson was one of the greatest players of all time and was also extremely popular. Fans gravitated to his incredible speed, elite athleticism, and aggressive playing style.

Rickey Henderson took the league by storm in his second season when he scored 111 runs and stole 100 bases. This established him as one of baseball’s biggest superstars and continued to put up mindboggling numbers throughout his career that spanned a quarter of a century. When his career was over he was the all-time leader in both runs scored and stolen bases. He also ended his career with 297 home runs, which is phenomenal for a leadoff hitting speed demon.

Any rookie card of a player with Henderson’s accomplishments would be valuable, but some additional factors make this card one of the most sought-after of the 1980s by collectors.

The 1980 Topps set is a classic early ’80s set that is loaded with Hall of Famers and star players, but short on key rookie cards. The only Hall of Fame rookie in the set is Rickey Henderson (#482), but it does have rookie cards for 7-time All-Star pitcher Dave Stieb (#77) and Cy Young Award winners Rick Sutcliffe (#544) and Mike Scott (#681). The set is comprised of 726 cards that are single-player cards. The only subsets are league leaders, team checklists, and Future Stars. For this set, none of the Future Star cards included breakout superstars. Mike Scott probably had the best career of the “future stars.”

Design: The front of the 1980 Topps Rickey Henderson card has a simple and classic vertical design. The border is white and most of the card is taken up by a full-body photo of Rickey Henderson in his batting stance. His name is across the top of the card in a simple black font and a yellow banner in the upper left corner has his position as “outfield.” A green banner in the bottom right corner has the team name “A’s” and just above it is a facsimile signature.

Design: The back of the 1980 Topps Rickey Henderson (#482) card has a horizontal layout. A black bar across the top of the card has the card number, position, player name, and team name. The left side of the card has a cartoon that reads “Rickey had 7 stolen bases in one game at Modesto, May 26, 1977.” This cartoon is an uncorrected error because the game mentioned was an away game against the Fresno Giants. To the right of the cartoon are Henderson’s minor league and rookie year stats along with a couple of first-year highlights. The bottom of the card has his biographical information.

Keep in mind that prices fluctuate. While PSA is a great way to find out the value of a card, we recommend going to eBay to see what cards are currently selling for on the world’s most popular auction site. Click here to view current auctions for the 1980 Topps Rickey Henderson Rookie card #482.

The 1980 Topps Rickey Henderson #482 is my pick for the best Rickey Henderson rookie card and that’s an easy choice considering it’s the only card commonly considered to be a rookie. That said, he also has some great minor league cards and one very valuable oddball second-year card. Let’s take a look at those.

The quality of this card is not great, but a card that predates Rickey Henderson’s Topps rookie by 3 years is about as cool as it gets. This card was made for the A’s single-A affiliate team from the California League. This card is rare and you will find reprints on eBay, so if you try to chase this one be careful to make sure you’re getting an authentic original copy.

I almost didn’t include the 1978-79 Mexican Pacific League Sticker Rickey Henderson #142 because it’s so rare I was initially skeptical that it is even authentic. This was produced along with a sticker album by Liga Mexican del Pacifico when Henderson was playing winter baseball with the Navojoa Mayos. There were 242 stickers in this set and they are extremely rare. If you’re a Rickey Henderson collector, this is the holy grail.

The 1979 TCMA Ogden A’s Rickey Henderson #9 card is a valuable Rickey Henderson pre-rookie card, but unlike the two cards above there were a lot of them made and it can be found relatively easily. This card was part of a set made by the Oakland A’s triple-A affiliate the Ogden A’s. This was Rickey Henderson’s final stop before taking his talents to the MLB.

The 1981 Granny Goose Rickey Henderson #35 isn’t a rookie card, but it is rare and valuable. That’s the reason I decided to feature this one out of all his 1981 oddball cards. Granny Goose was a potato chip company that was headquartered in Oakland at this time that produced A’s sets from 1981-1983. This card is much rarer than Henderson’s 1980 Topps rookie card but isn’t as valuable. It still sells for thousands of dollars in gem-mint condition.

Rickey Henderson is regarded as the greatest leadoff hitter in the history of Major League Baseball. He began his Major League career in 1980 and he established himself as an offensive force in his second year when he scored 111 RBIs and stole 100 bases — a feat that had only been done by a few players including Lou Brock and Maury Wills. By 1985 Henderson had developed into a legitimate MVP candidate when he started to demonstrate unusual power for a leadoff man by hitting 25 home runs. In his 11th season he scored 119 runs and batted .325, which was enough for him to win the American League MVP award.

Rickey Henderson retired after 25 years in the MLB as the all-time leader in stolen bases and runs. The Oakland Athletics retried his jersey number 24 in 2009, which is the same year he was inducted into the National Baseball Hall of Fame.

Here’s a list of some of Rickey Henderson’s accomplishments:

Get Your Rickey Henderson Rookie

Do you want to own a 1980 Topps Rickey Henderson Rookie (#482)? If so, we recommend starting your search on eBay – the world’s #1 card trading place. Even if you’re not planning to buy one just yet, it’s fun to look at all the great cards currently for sale.

Amazon.com is the world’s largest eCommerce marketplace. They have Rickey Henderson books, memorabilia, and so much more. See what you can find today.

Share this Rickey Henderson rookie cards infographic on your site

See our web story, Learn All About the Rickey Henderson Rookie cards. 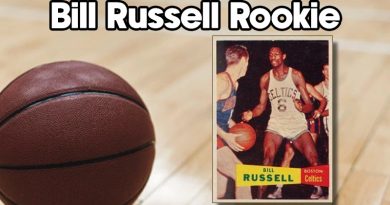 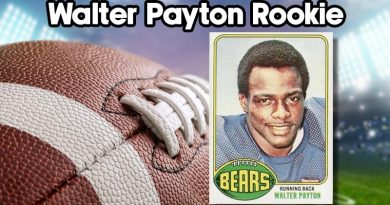 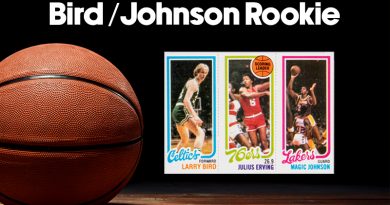