It can be tricky to identify rookie cards for sports like snowboarding that don’t have at least one annual major-release set. Athletes from these sports tend to have multiple minor-release or regional cards spanning a few years and collectors are left to decide what counts as a rookie. That’s the issue I run into with Shaun White rookie cards because he has a few different cards that collectors claim as rookies. In this article I’ll cover all of the Shaun White cards from 2003-2004 and one other card that is not a rookie but is a unique “first” for him.

The 2003 Sports Illustrated for Kids Shaun White is the card I like the best as a Shaun White rookie card. It was originally included in a sheet of cards that came in the June 2003 issue of Sports Illustrated for Kids. The cards were separated by perforations and most of them were torn off by kids, which didn’t leave many in high-grade condition. This card is one of only two that was issued in 2003, so it’s among the very first Shaun White cards.

Shaun White is one of the most decorated U.S. athletes to ever compete in the Winter Olympics. He has competed in five different Winter Olympics and has won three gold medals in the Snowboarding halfpipe. Even if you don’t consider him the greatest U.S. Winter Olympian, he’s still probably the most famous. He was the world’s first snowboarding global celebrity much in the way that Tony Hawk was in the sport of skateboarding.

Beyond the Olympics, Shaun White was a dominant force in snowboarding for more than two decades. The X Games is where he’s had the most success. Throughout his career, he won 15 X Game gold medals — thirteen for snowboarding disciplines and two in skateboarding competitions.

Any rookie card of an athlete who has had this level of success in a sport would be sought-after by collectors, but there are additional factors that make the Shaun White 2003 Sports Illustrated for Kids card valuable:

The set contains 108 cards and they are numbered #226 to #333. It contains includes athletes from various sports including baseball, football, basketball, tennis, and NASCAR. Not a lot of these cards have survived in good enough shape to be graded except the Lebron James rookie (#264). That seems to be the one card that collectors took note of.

Design: I’ve never seen a rookie card with a smaller depiction of the athlete than this one, but I guess that comes with the territory when your sport rewards you for flipping through the air as high as you can. The front of this card is mostly sky, with the Sports Illustrated for Kids logo in the upper left corner and an upside-down Shaun White at the upper middle of the card. The bottom of the card has a bar with White’s name, sport, and hometown. That’s it.

Design: The back of the 2003 Sports Illustrated for Kids Shaun White card has a basic design. It’s a horizontal layout on a blue background. The left two-thirds of the card has White’s name, sport, biographical information, a few facts, and career highlights. The right side has a photo of a young Shaun White, about 16 in this picture, and a snowboarding trivia question.

At the 2003 Winter X Games, White became the second snowboarder to win the superpipe and slopestyle events in the same year.

In March, the 16-year-old won the slopestyle event at the U.S. Open and the slopestyle and superpipe events at the Vans North American Championships.

The 2003 Sports Illustrated for Kids Shaun White #278 rookie card is one of the most valuable cards of a snowboarder you can find, but PSA hasn’t graded many of these so I can’t give you auction prices like I normally do. I usually include a chart here, but there isn’t enough data to establish a valid price range in this case.

Keep in mind that prices fluctuate. While PSA is a great way to find out the value of a card, we recommend going to eBay to see what cards are currently selling for on the world’s most popular auction site. Click here to view current auctions for the 2003 Sports Illustrated for Kids Shaun White rookie card.

The 2003 Sports Illustrated for Kids Shaun White is my pick for his best rookie, but there is another card from 2003 and a few cards from 2004 from a more mainstream set. I’ll also touch on another Shaun White card that came a few years later but is a “first” in a cool way.

Although not technically a trading card, the 2003 Top Trumps Limited Edition Snowboarders Shaun White card has a pretty good claim as a rookie card. It was made in 2003, the same year as the Sports Illustrated for Kids card. This card is from a game where each card has values and you play your cards to try and “trump” your opponent’s cards. Top Trumps cards weren’t typically sports cards, but sometimes they did make sports cards — and sometimes those became collectible.

The 2004 ProCore Sports XG X Games Shaun White #1 card comes a year later than the first two cards I covered, but this card came in packs instead of in a kids magazine or a card game. That gives it a reasonable claim as a Shaun White rookie since it’s the first major-release card set. This one has an even smaller picture of White than the SI Kids card did, but the overall production value of this set is much higher. It may be hard to tell from the photos but the front left of the card is die-cut and doesn’t have a straight edge. I suppose they were trying to capture an “extreme” feel with the shape and graphics.

The 2004 ProCore Sports XG X Games Rewind Shaun White #1card is from a five-card insert set that came in the same packs as the ProCore Sports XG card above. Both of these cards have the #1, which can lead to some confusion about which is which. Some collectors balk at considering insert cards rookies, but I’m never going to label one card a rookie and another not when you can potentially get them both in the same pack.

The 2008 version of the Sports Illustrated for Kids Shaun White #309 card isn’t one I’d consider a rookie card, but it’s a Shaun White first for a different reason. White is such a prolific snowboarder that it’s easy to forget that he also competed at a world-class level as a skateboarder and even won two X Games gold medals. This is the first Shaun White card that features him as on a skateboard instead of a snowboard. I still can’t call it a rookie because he has several earlier cards in SI Kids sets.

Shaun White is one of the greatest U.S. Olympians in history. He has competed in five different Olympic games and has won three Olympic gold medals, all in the halfpipe. He also has had incredible success in the X Games, where he has won 13 gold medals as a snowboarder and 2 gold medals as a skateboarder. White is one of the few athletes who were able to translate success in a relatively obscure sport into becoming a huge celebrity and household name.

Get Your Shaun White Rookie

Do you want to own a Sports Illustrated for Kids Shaun White? If so, we recommend starting your search on eBay – the world’s #1 card trading place. Even if you’re not planning to buy one just yet, it’s fun to look at all the great cards currently for sale.

Amazon.com is the world’s largest eCommerce marketplace. They have Shaun White books, memorabilia, and so much more. See what you can find today.

All About Shaun White Rookies Infographic

Visit our Web Story, Learn all about the Shaun White Rookie Card. 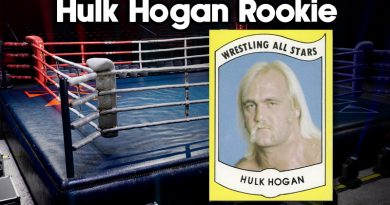 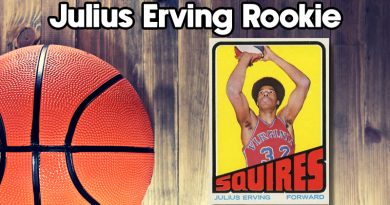 2 thoughts on “Shaun White Rookie Cards and Other Vintage Cards”